Feature interview |  by Pablo Hassmann
THE CONCEPT TRAVELS, THE STRUCTURE STAYS AT HOME
Theatre in London 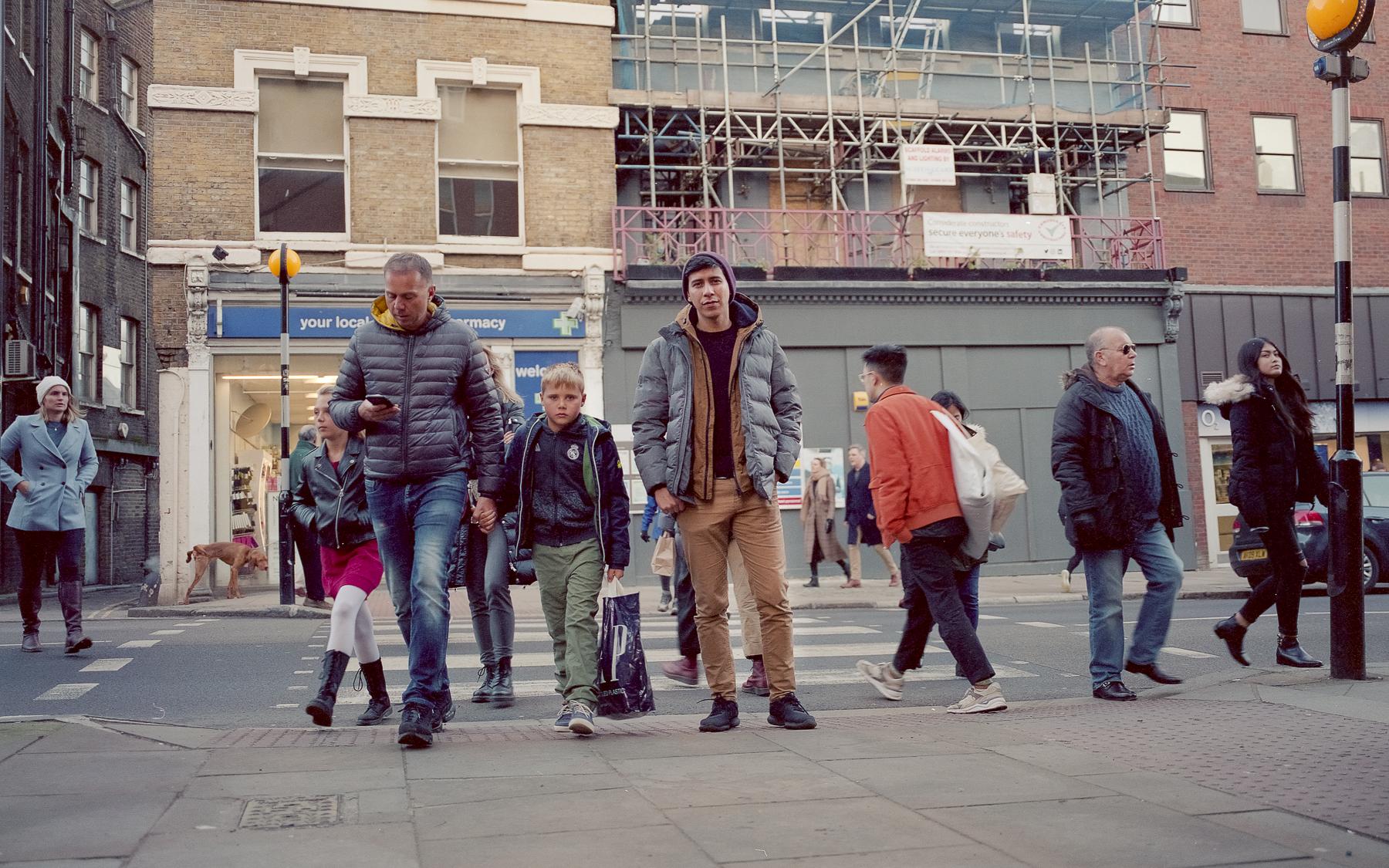 Director Fernando Sakanassi. London, January 2020.
Hampstead Heat Railway Station, London. It is past midday and with Fernando we walk along the edge of a park that extends northwards. As we speak, Fernando is mentally reviewing the map of the neighborhood "I thought we'd meet here because it's quieter". The day is clear and soon we reach a passage of cafes and antique shops, which opens onto a street with traffic lights and cars. Fernando asks if we should enter this first cafe but I prefer to walk a little more to visually grasp the place that is getting exponentially filled by movement as we approach the underground station. Meanwhile, I ask him about the things that precede the premiere of his new work. He arrived in London in mid-2018 to study a master's degree at the Royal Central School of Speech and Drama, "above all, because of my deep interest in William Shakespeare, his drama and especially the culture he surrounded himself with. This is the place closest to classical performance," he says. While I figure out how to portray him and integrate the photos with the interview about the premiere of his play, Fernando clarifies: "generally I don't drink coffee outside the house, so I don't know many cafés in this area. Even less I can say if they are good! But this is a pretty well-known chain." Without telling him that I feel the exact same way about cafés, we go in search of a table in the middle of the British hustle and bustle. Talking about this and that, Fernando remarks: "When do we acknowledge our prejudices? How do we deconstruct ideas that seem to be universally shared?" “Wait, I better start recording”, I tell him.
In anticipation of premiering a new play on February 3,4 & 5 at the Actor Center in London as part of the Latin American Season, curated by Untold Collective, Theater Director Fernando Sakanassi talks about "Raskolnikova", his new production based on the novel “Crime and Punishment” (Dostoyevsky, 1866), his perspective on theater in the contemporary world and the challenges ahead. 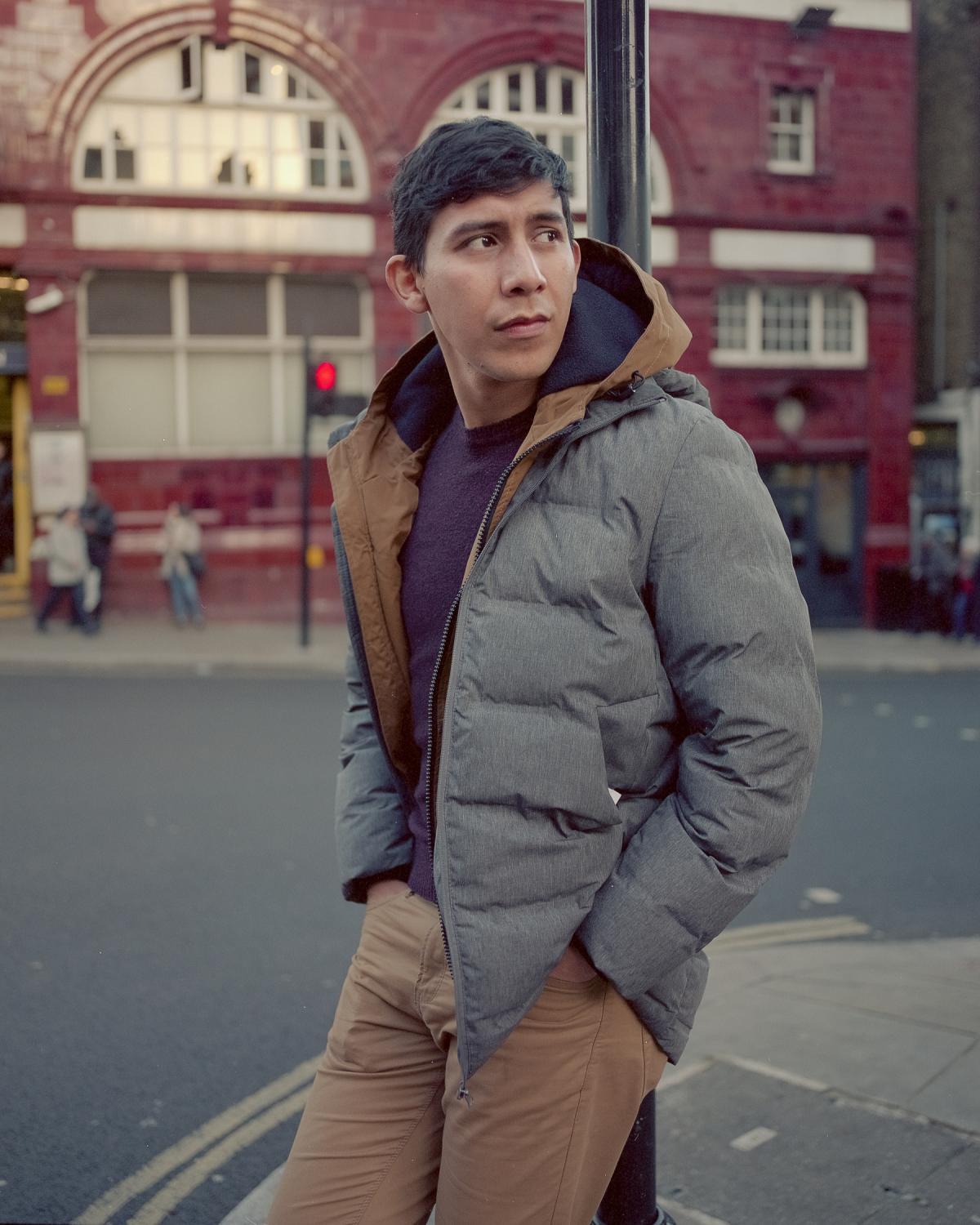 Fernando: The play is based on a dramatized version of the Russian novel “Crime and Punishment”, written by David Gaitán, Mexican playwright, actor and director. It was one of the first performances when he finished his studies at the National School of Theatre Arts, and between 2009 and 2010 I got to see this play. Later, after finishing my studies I asked him for the rights to perform it in Guadalajara. I think this play is very relevant because besides keeping the axis with the police novel about Raskolnikov, main character accused of killing a usurious woman, what really keeps me reading this novel on a regular basis is the ongoing possibility of a debate. Because today, ten years after seeing the play, I still sometimes defend Raskolnikov's position and sometimes I think he did wrong. And when we bring these problems on stage, the intention is to generate the possibility of a debate, which is something that has been lost in society. Especially in the context of social networks and algorithms that make you believe that everyone thinks like yourself.

Pablo: What new elements do you include in this adaptation? 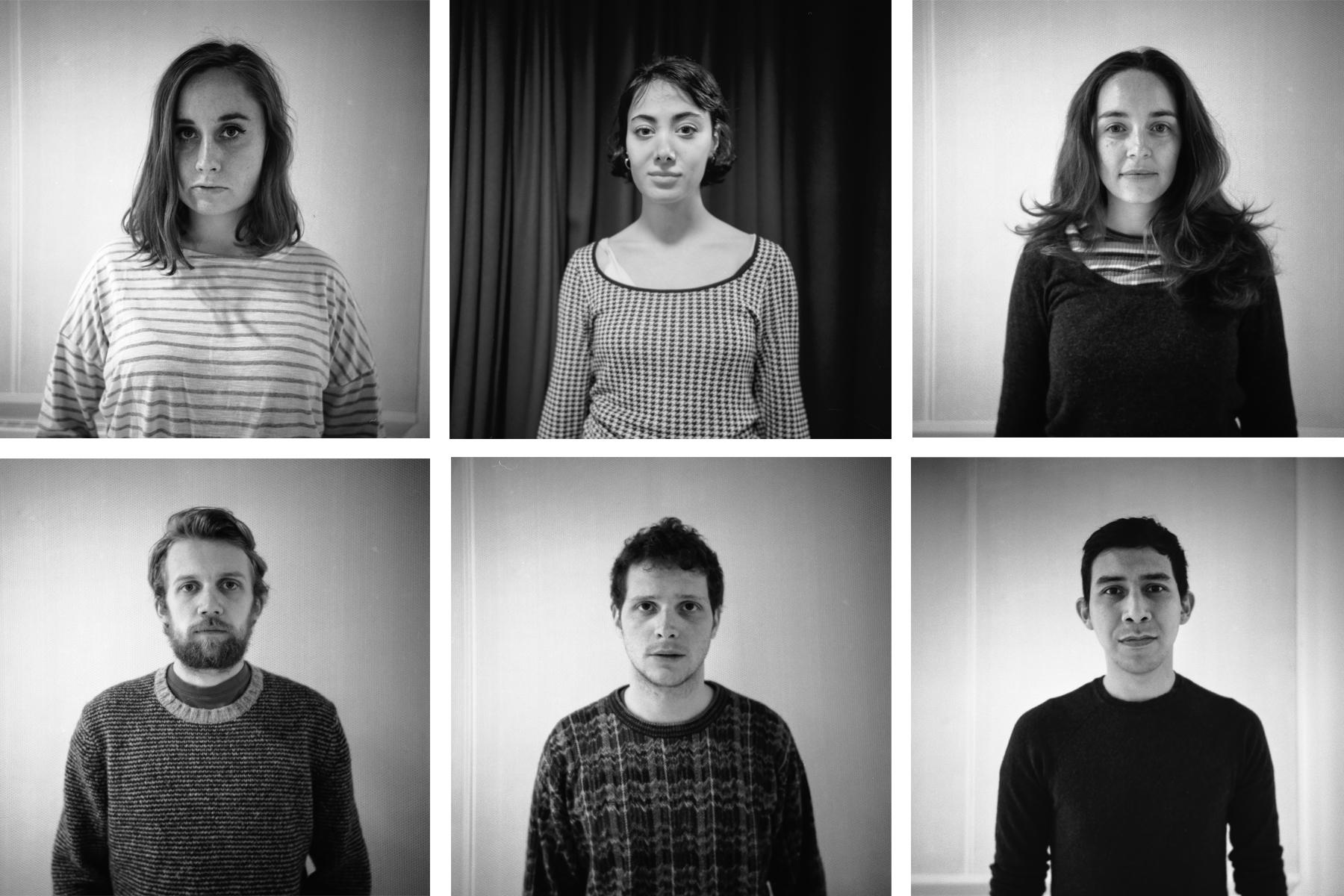 P: Behind the rehearsals with the actors, there is the Company Teatro Nómada which you founded twelve years ago in Mexico and with whom you have already brought your first international play "Juana Inés de la Cruz" (2017) to Spain. In this new production, what role does Teatro Nómada play?

F: As I am the Artistic Director of the company, I have a certain advantage and privilege of suggesting the projects we will do. On the other hand, there are also company projects in which I am not creatively involved. That means, they are generated, directed and produced without me, naturally. The members of the collective live in Guadalajara and Mexico City, while I have been in London for a year and a half. [...] 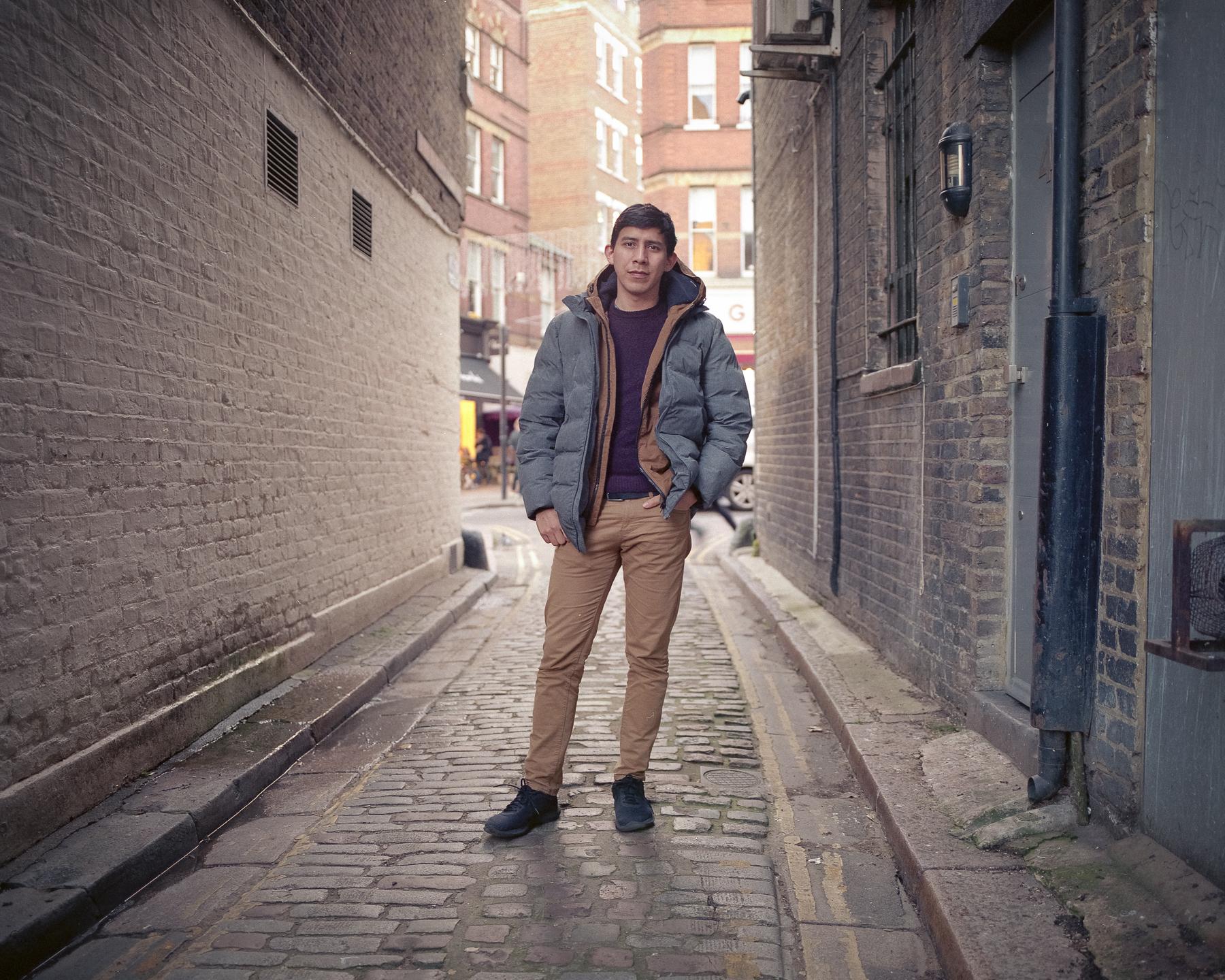 [...] When I started working on the play, I talked to the co-artistic director and the producer of the company and I said, I want to do this, how do you see it? As it was a text we had already worked on some time before, my colleagues in Mexico were already familiar with it, they knew what it was about and they liked the idea. Economically, the company does not have the solvency to help financially, but it does have the management resources to seek the necessary support. It is in my interest that the work is brought at first to English-speaking countries where the company has not had access yet because of the language. Many times, although our plays are subtitled in English, it is not in the interest of festivals to bring a play where the public will have to read subtitles.

P: Is language the only thing that limits the touring of a play? 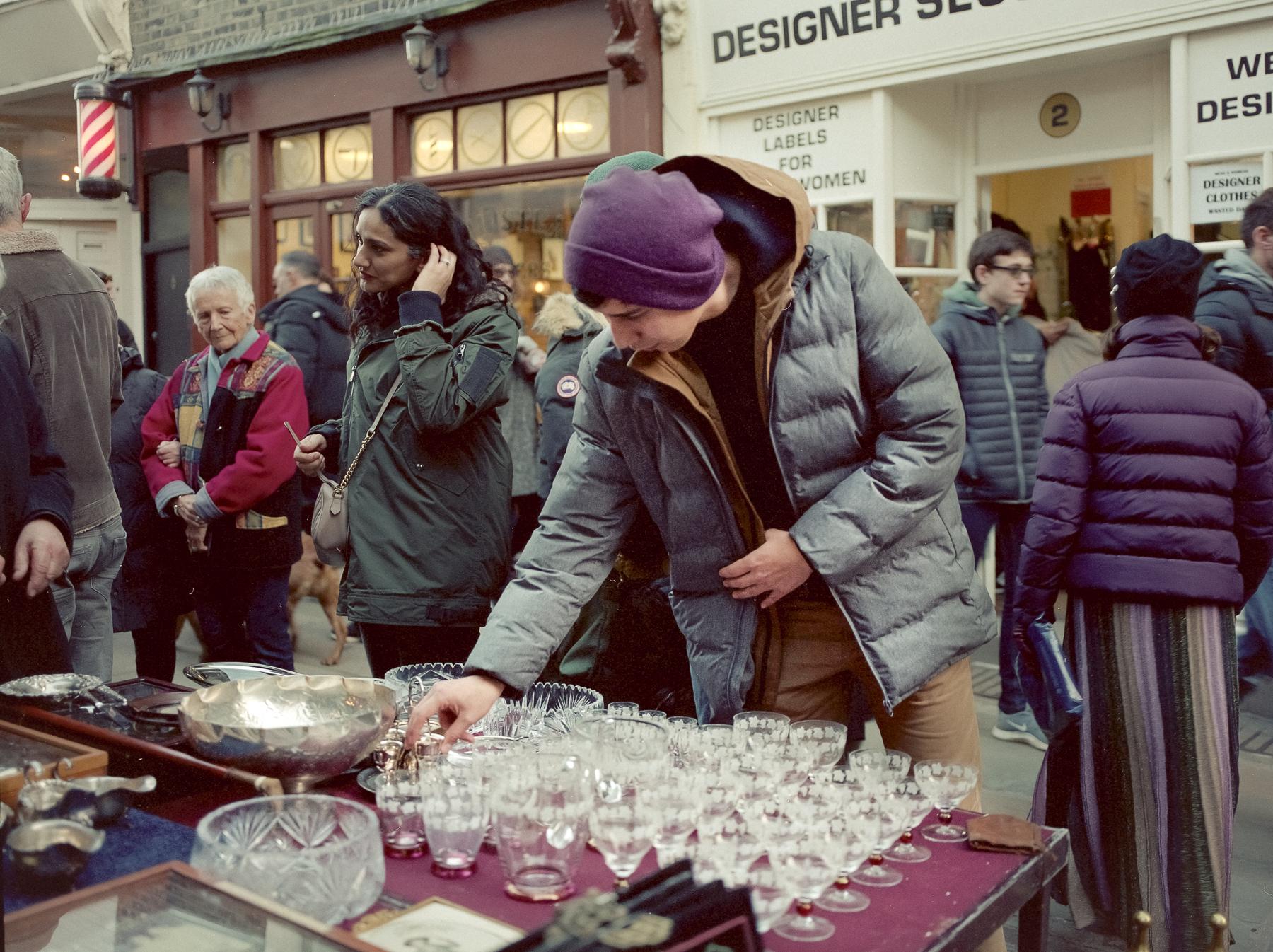 F: No, in fact the works can be subtitled. But even so, there are works that are not originally designed to travel. But Raskolnikova, in terms of stage production, is conceived and designed to travel. We are currently living in a complete and constant recession that has lasted for more than 30 years. There is less and less money and fewer possibilities. Increasingly fewer of the big productions are travelling. But the fact that there are less structural possibilities of making a large work travel does not mean that a concept cannot continue to travel. The concept travels and the structure can stay at home. And yet, the concept, the meaning and the brutality of a stage production can remain imprinted. So it forces us to rethink the scene and at the same time forces the audience to reinterpret it. Thus we are all compelled to diversify the visual sings in the theatre. It’s what I was saying to my actors, that it's not about telling the story. In that case the spectator could simply buy the book. The play is not built vertically, but rather is like a concept map that branches out in different directions. 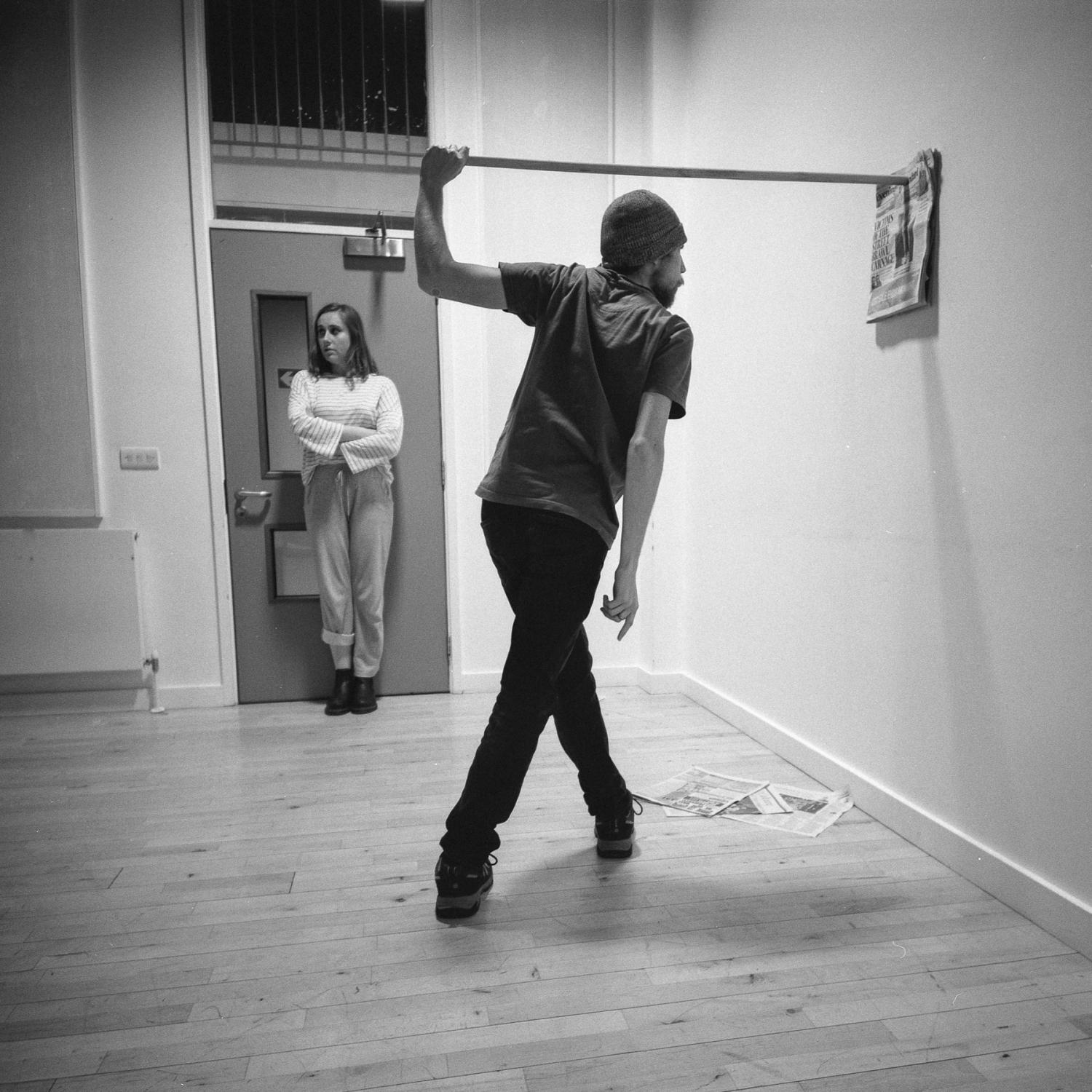 P: You've been to Spain before and now you're opening a new piece in London. What do you think of the European stage for theatre?

F: I think Europe is very interesting for its diversity. I say this, coming from such a big country where in two hours you cross a city, while here, during the same time you cross another country where other languages are spoken. That's impressive! That was also one of the elements that motivated this international play. Because when we talk about Dostoyevsky, we are talking about a universal classic. But who catalogues a literary work as universal ? Well, certainly Western culture. Thus, we catalogue something as universal  that in reality corresponds to a tiny fraction of the world. So I find it very interesting to perform  “Crime and Punishment” with an international cast. I find it very interesting how a woman from Georgia plays death or a feminicide, or how a woman from Australia plays it. It is part of the culture that has both, unfortunately and fortunately, colonized much of the world.

P: Being part of a Latin America that emerges after this colonization, how do you consider this particularity, when it comes to integrating it into this European cultural genre? 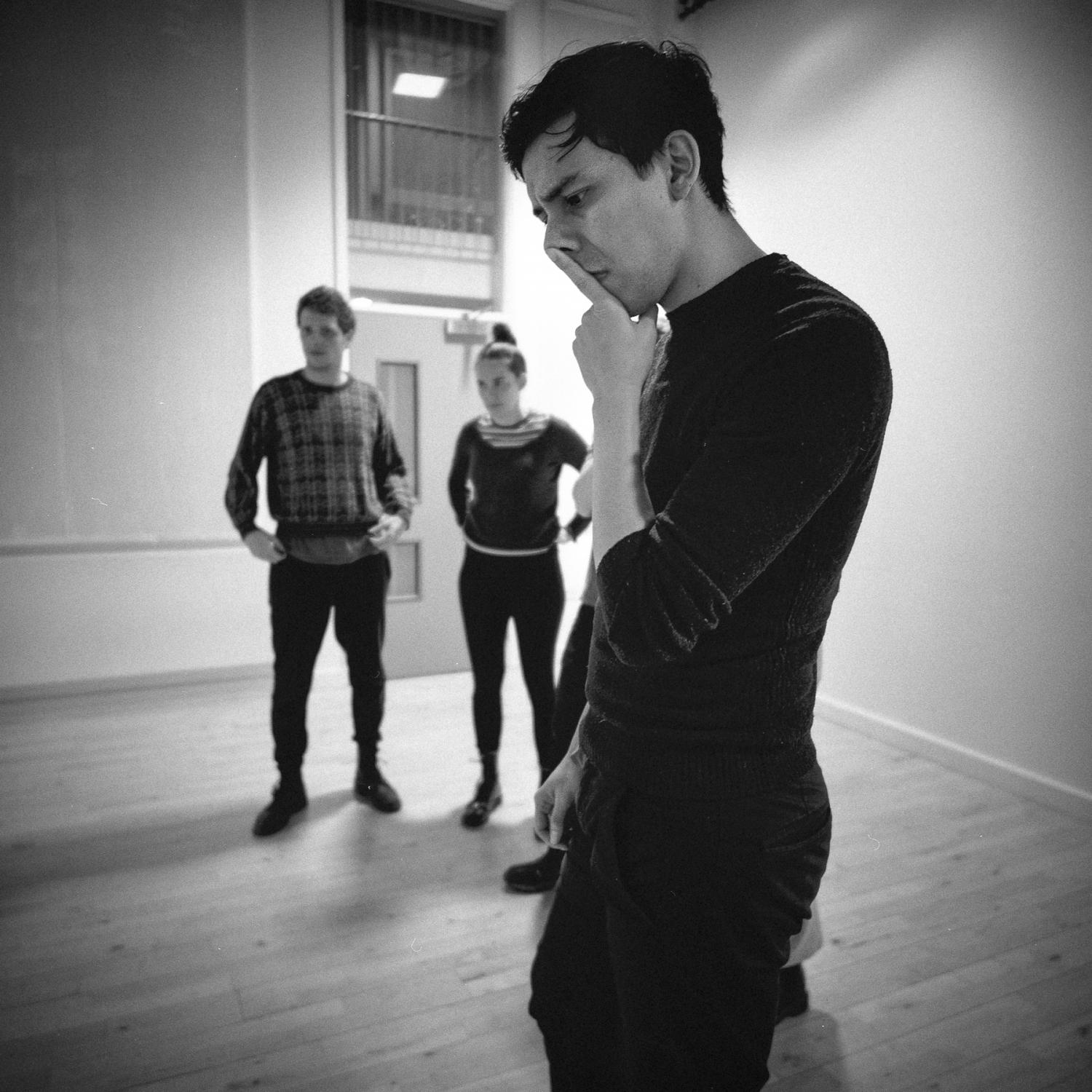 F: For example, there is a part of the text that talks about the number of deaths in a country. While rehearsing the play, the actors told me that they could not understand what that part of the text referred to, which for me was like a pause. Thus, it was the first time that I saw the Mexican character of the text as unfortunate because of the impunity of the murders. The text says - I paraphrase - to live in a country where the dead accumulate in tens per minute. This is not said by Dostoyevsky, it is said by Gaitán in his rewriting, who asks us: “Is what I did so wrong? I killed this woman who was harming society. I did not start killing people in a country where the dead accumulate by the minute, there is no comparison", and in the face of that, the actors told me that they do not understand it the way I do. And that shocked me. What I live as a Mexican is not the same as someone who lives in Europe.

We walked to the entrance of the underground. Before saying goodbye, he invited me to the rehearsal on the next day in one of the rooms of the “School of Speech and Drama”. "Where Shakespeare is studied", and I imagined without saying it out loud,  how the students would be reciting with Iphones or other objects of contemporary hyper-capitalism, raised in their hands like Shakespearian skulls. And of course he is right, I thought later, "the concept travels, the structure can stay at home," and with it, all the resonances it can have for two Latin American migrants who meet to talk in the suburbs of a city on the other side of the world. 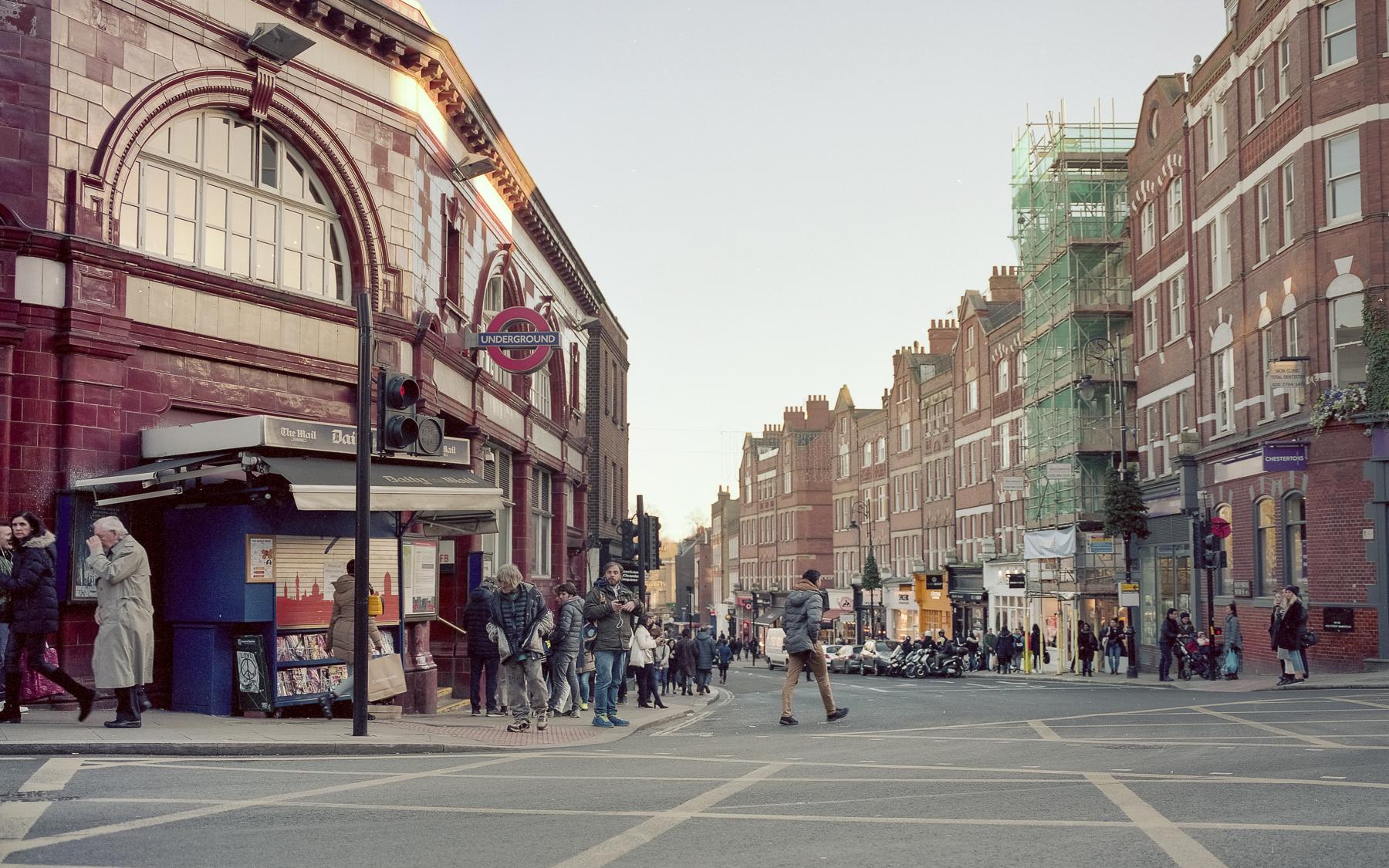